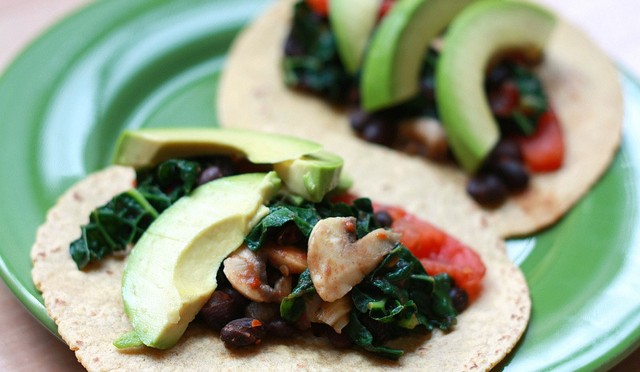 The Western-style diet (higher in sweets and heavy on the meat) is often associated with higher risks of developing a variety of health problems, with obesity and diabetes two of the more highlighted diseases related to consumption of this type of diet.

A new study aimed to compare a variety of plant-based diet to the Western/meat-heavy diet, to determine if there were advantages to any one or more particular diet on weight loss.

Overweight adults between the ages of 18 and 65 from South Carolina were recruited for this study. Adults were randomized into one of 4 plant-based diets: 1) vegan; 2) vegetarian; 3) pesco-vegetarian (probably closest to a Mediterranean-style diet); and 4) semi-vegetarian. A 5th omnivorous group served as the control. 50 adults completed the study.

Participants were given instructions and consumed their respective assigned diets for 6 months. Instructions did not include any caloric restrictions, but instead guided the participants to what types of foods they could eat.

Weight and BMI were measured for each participant at baseline, 2 months, and 6 months after beginning the study.

The overall results of this study are not at all surprising, in that overweight adults consuming an all-vegan diet lost significantly more weight than participants eating other diets.

The study also found that after 6 months, there wasn’t much of a

difference in weight loss between the semi-veg, pesco-veg, and omnivorous diet groups.

Some things to keep in mind about this study, however:

Issue 1: There were no caloric restrictions in place during this study. The participants were free to eat as much as they wanted until they felt full. It is possible that some groups could have consumed significantly more calories during the study period, which by nature would make it much more difficult to lose weight, regardless of what they are eating.

Solution 1: The study should have controlled for caloric intake to keep everyone on somewhat equal footing from the start.

Issue 2: Exercise habits were not monitored closely during this study. It’s possible that one or more groups exercised a lot more than other groups, thus burning calories a lot faster and ultimately losing more weight.

Solution 2: Just like the previous issue with the caloric intake, the study should have controlled for exercise habits, so one group did not have an advantage over another in terms of calories burned.

Issue 3: Self-monitoring was not required in this study. Basically, the researchers told the participants what they could eat, but there was no monitoring to determine if they were actually following those diets or not. It’s possible that maybe some groups “fell off the wagon” and ate what they weren’t supposed to at times, but there really is no way to know based on the experimental design of this study.

Solution 3: The researchers should have included some sort of diet-monitoring system, be it during the weekly meetings, or email check-in reminders.

For overweight adults trying to lose weight, a vegan diet will likely result in marked reductions in weight over a 6 month period of time.  However, due to the lack of control for some of the other important confounding factors related to weight loss, a more controlled follow up study is recommended.

**One should should consult their doctor or nutritionist prior to starting a new diet regime.