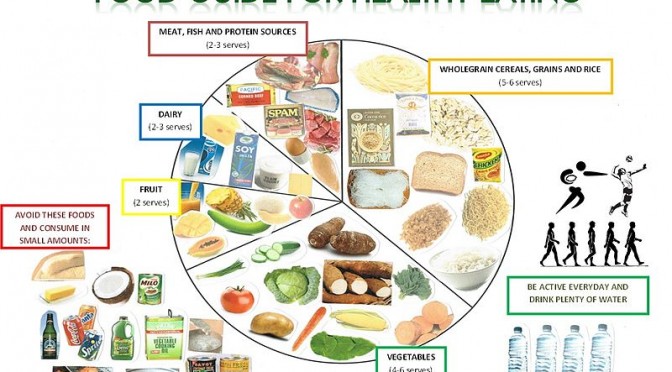 The US Federal Government has put out dietary recommendations based on scientific research for many decades. Even with these

supposed health recommended foods and beverages, the United States is experiencing an unprecedented obesity epidemic, in addition to the prevalence of many diet-related diseases.

A new study has compared these dietary guidelines with the actual food supply in the United States, to determine if availability (or the lack thereof) of healthy foods may be contributing to the diet-related health problems plaguing Americans.

The researchers from the US and Canada looked at the most current set of dietary recommendations (as of the time of this study) using the Healthy Eating Index – 2010 (HEI-2010) and compared them with 40 years of actual US food supply data from 1970 through 2010.

The results of this study point to the realization that there are significant gaps between dietary recommendations by the government and actual food supply in the United States. Most food

items scored around or less than 50% of optimal, meaning that there is a lot of room for improvement in providing Americans with the foods necessary to actually adhere to dietary recommendations to a greater extent.

The results of this study did show some improvements in terms of health-eating habits aligning with food supply, though more research looking for possible trends over longer periods of time is needed (i.e. after 2010 and onward).

Miller, P.E., Reedy, J., Kirkpatrick, S.I., and Krebs-Smith, S.M. 2015. The United States food supply is not consistent with dietary guidance: Evidence from an evaluation using the Health Eating Index-2010. Journal of the Academy of Nutrition and Dietetics 115(1): 95-100.